Media
You are here: Home / Media / Midias / How an 11-Year-Old Invented the Popsicle and Changed Summer Forever 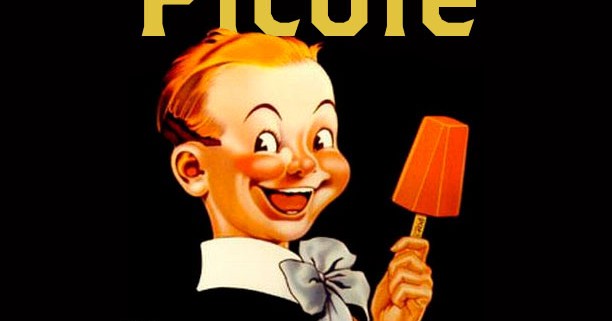 Ever wonder why the popsicles you make at home don’t taste quite as uniformly delicious as the ones in the freezer case? Well, you may have been perfecting your popsicle-making technique for years, but the ones in the store have a hundred years of science and innovation in their corner. It all started with one particularly brilliant 11-year-old boy…

One evening in 1905, Frank Epperson was hanging out on his porch in San Francisco, playing with his food—as kids do. He was using a little stick to stir around water and powdered soda in a cup, and, when he went inside for the evening, he forgot to take the concoction in with him. The night was a particularly cold one for SF, and the drop in temperature ended up working a little magic on the abandoned liquid. When Epperson returned to the porch in the morning, his sugary water had turned into a sweet icicle on a stick. As people do when they invent something great, he named his invention after himself. Voila, the Epsicle.

He was, of course, only 11—a little young for serious entrepreneurship. But even then he knew he was on to something. First he turned his friends into Epsicle fans, and then later he converted his own kids. And what did Epperson’s children ask for when they wanted one of their father’s frozen treats? A Pop’s ‘sicle, of course. The name stuck.

Starting in 1923, Epperson senior applied for a series of patents to secure the design for his “frozen confectionery.” The documents discuss consistency (“syrup results in a crystalline product of hard snowy consistency”), stick material (“employ a wooden stick of relatively porous though sapless and tasteless wood”), freezing method (“rapid refrigeration results in a more uniform product”), and vessel shape (“ordinary test tubes”). The Popsicle was officially born.

Although Epperson’s design was a good one, stick-born frozen treats have come a long way. Better manufacturing techniques now produce pops with a more consistent flavor, and food science has given them a drip resistant structure.

Both improvements really come down to the ingredients. First let’s tackle the taste. Popsicles are basically made from water, sugar, and some other flavor elements. Although everything appears harmonious in liquid form, those elements start to disagree once the temperature drops. Water is easy enough to nudge into a solid, but the sugar and flavoring don’t react the same way to the temperature change. In a normal freezer, the water freezes faster, and large ice crystals clump up between the ingredients responsible for taste. The result is that familiar, uneven home-brew popsicle taste.

Popsicles from the store (™) taste better because modern manufacturing techniques bully the ice into integrating better with the sugar and flavor. It’s done by chilling the pops in a brine bath set to -40 degrees Fahrenheit. The setup forces the water to freeze en masse instead of in stages, so it has less time to congregate and the crystals stay smaller. The flavor elements are better integrated, suspended evenly in a matrix of tiny ice crystals.

There are other things that help with the flavor and the freezing, too. Ingredients like xanthan gum and locust bean are in your cherry pop because they make the liquid thicker; it’s another way companies prevent the water from becoming too cliquey when the temperature plumets.

But these so-called stabilizers come in handy when we’re eating them as well. On a really hot day, the sun does everything in its power to knock your frozen treat off its stick, one drip at a time. But stabilizers slow down the melt by preventing the ice from flowing. They’re basically there to tell the popsicle to cool it.

Rachel Swaby is a freelance writer living in San Francisco.